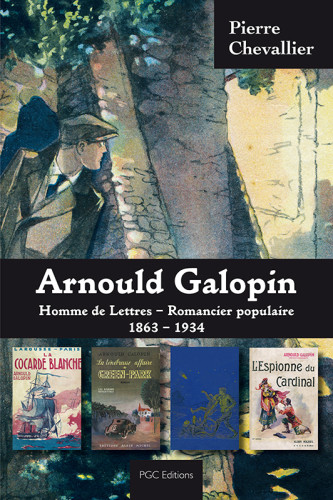 Welcome on this site dédicated to

The first biography dedicated to this writer has been available since 2013 !

D. Compère, who is a lecturer at the Paris 3 – Sorbonne Nouvelle University, where he teaches 19th century French literature, has written the preface . For several years, D. Compère has also been the President of the AARP, the Society of Friends of the Popular Novel who publishes the magazine Le Rocambole.

The book has been registered at the French Bibliothèque Nationale.
It is also referenced in the French data bank of published books, « Electre », under the number 9 782746 648180

In 2013, we have celebrated the birth of this prolific writer whose fame was significant until after World War II.